David de Lloyd was born in Skewen on 30 April 1883, but grew up in Penparcau, Aberystwyth. He showed musical promise at an early age, and acquired particular proficiency in tonic sol-fa. So adept was he at reading the letter notation that John Spencer Curwen, head of the Tonic Sol-fa College, took the young David with him on a lecture tour to show what could be achieved in sol-fa. De Lloyd gained a scholarship from Ardwyn school to the University College of Wales, Aberystwyth, and graduated in history in 1903. Two years later, in 1905, he became the first student ever to gain the degree of BMus of the University of Wales, and a collection was got up in the area to enable him to study in Leipzig for the year 1906–07.

He spent some years as a schoolteacher in Woolwich and then in Llanelli. During his years in Llanelli he acted as musical editor of a collection of hymns and tunes, Cân a Moliant (1916), which was put together by H. Haydn Jones, the MP for Merioneth. The collection contains hymn-tunes by a number of Welsh composers of the time, including six by Morfydd Llwyn Owen and 37 original tunes by de Lloyd himself. Three years later, in 1919, he was appointed lecturer in music at his old college of Aberystwyth, at the same time that Walford Davies was appointed Professor. As there were so many calls on Davies’s time, de Lloyd had to shoulder much of the burden of teaching and administration in the department, and in 1926, on Davies’s departure, he succeeded to the Chair. De Lloyd was thorough as a teacher, and gained the respect of generations of his students.

Although his output as a composer is by now largely unknown, he composed a number of interesting and attractive works. His extended anthem, Tu draw i’r llen / Beyond the veil (1924), a setting of words by the seventeenth-century poet Henry Vaughan, was dedicated to the memory of the College Principal, T. F. Roberts, who had died in 1919. His opera, Gwenllian, to a libretto by T. Gwynn Jones and Thomas Williams (Eurwedd), which is set in Wales at the time of the Crusades, was performed at the Coliseum in Aberystwyth in February 1924. A later opera, Tir na n-Og (1930), again with a libretto by T. Gwynn Jones, shows a distinct influence of Debussy. His cantata for children’s voices, Dydd a Nos / Day and Night (1927), setting words by various authors, was performed at the National Eisteddfod in Aberystwyth in 1952. He attempted to reflect Welsh and Celtic themes in his work, and arranged a number of traditional songs, including the collection Forty Welsh Traditional Tunes (1929). He also edited volumes of the songs of Brahms and Schubert with Welsh words by T. H. Parry-Williams. 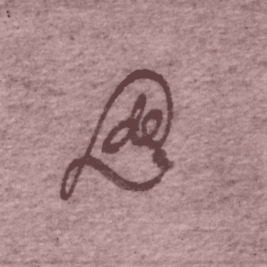 David de Lloyd's manuscripts are held at the National Library of Wales. Please visit the database of their collection here. 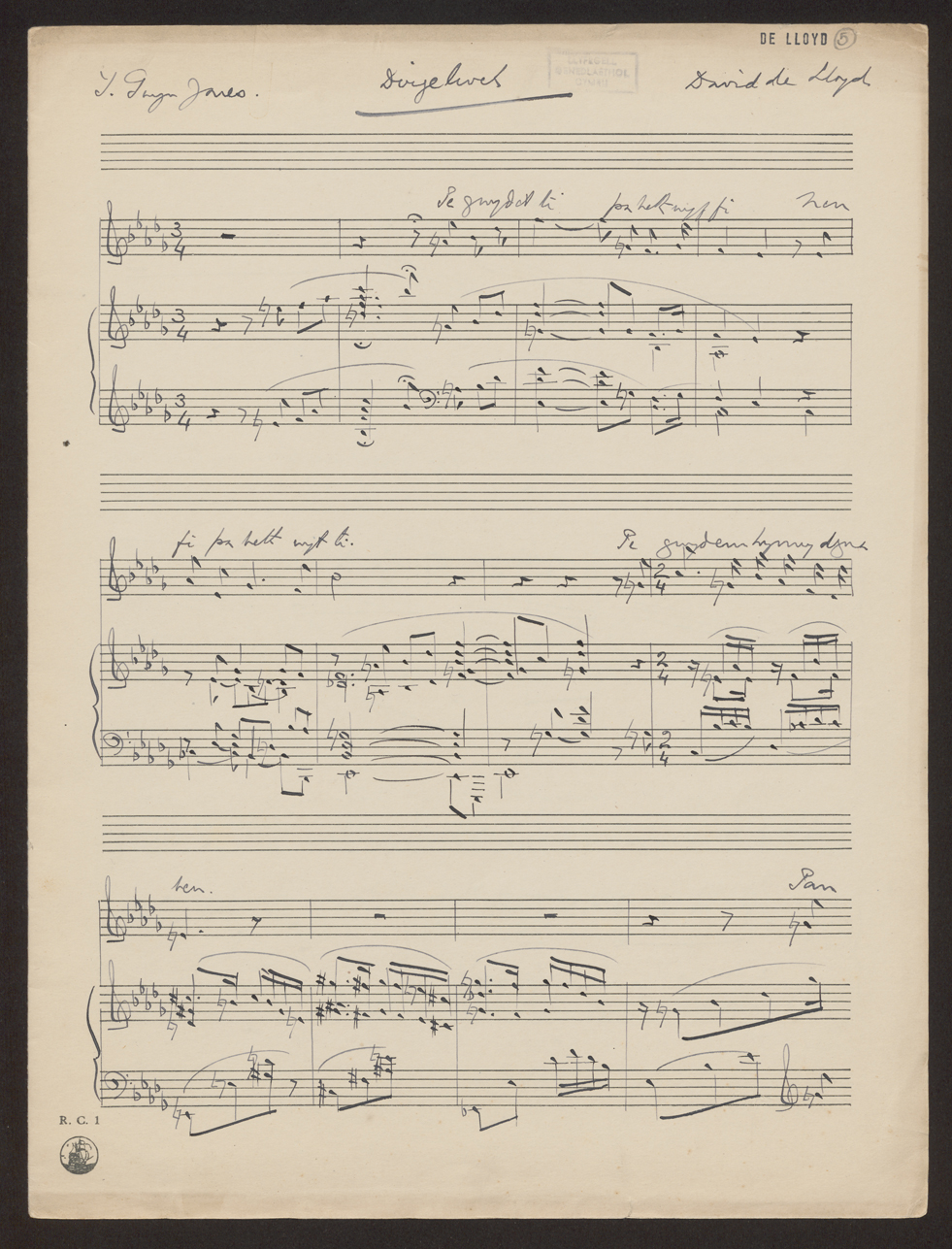 Although Welsh poetry boasts a long and distinguished tradition of the use of the strict metres of cynghanedd (a complex system of alliteration and internal rhymes), Welsh composers have been reluctant to set poetry in cynghanedd to music, because of the complexities and special requirements of the medium. David de Lloyd, like his older contemporary David Vaughan Thomas (1873–1934), felt that creating musical settings of poems in cynghanedd was the key to a national Welsh style in music, and he experimented particularly by setting englynion (four-line stanzas in cynghanedd), such as Englynion ar gân (1932), six englynion by T. Gwynn Jones, Dafydd Ddu Eryri and Robert ap Gwilym Ddu; Moes gusan (1935), a setting of englynion of unknown authorship; and Llys Ifor Hael (1943), a two-part setting of the familiar englynion by Ieuan Brydydd Hir which lament the ruined state of the court of a Welsh prince. De Lloyd may have viewed such attempts as a means of renewing the strong link that existed between Welsh poetry and music in the Middle Ages. 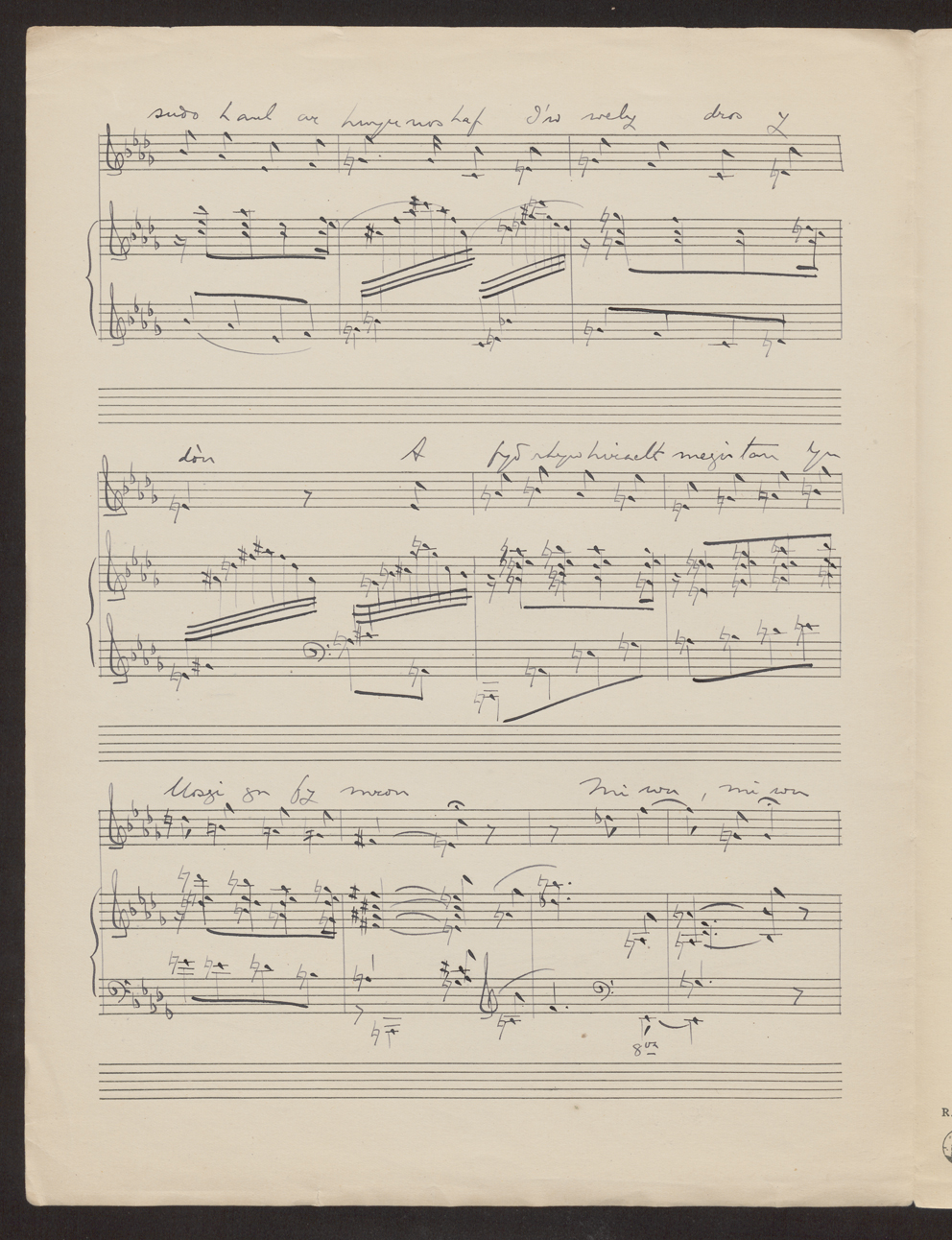 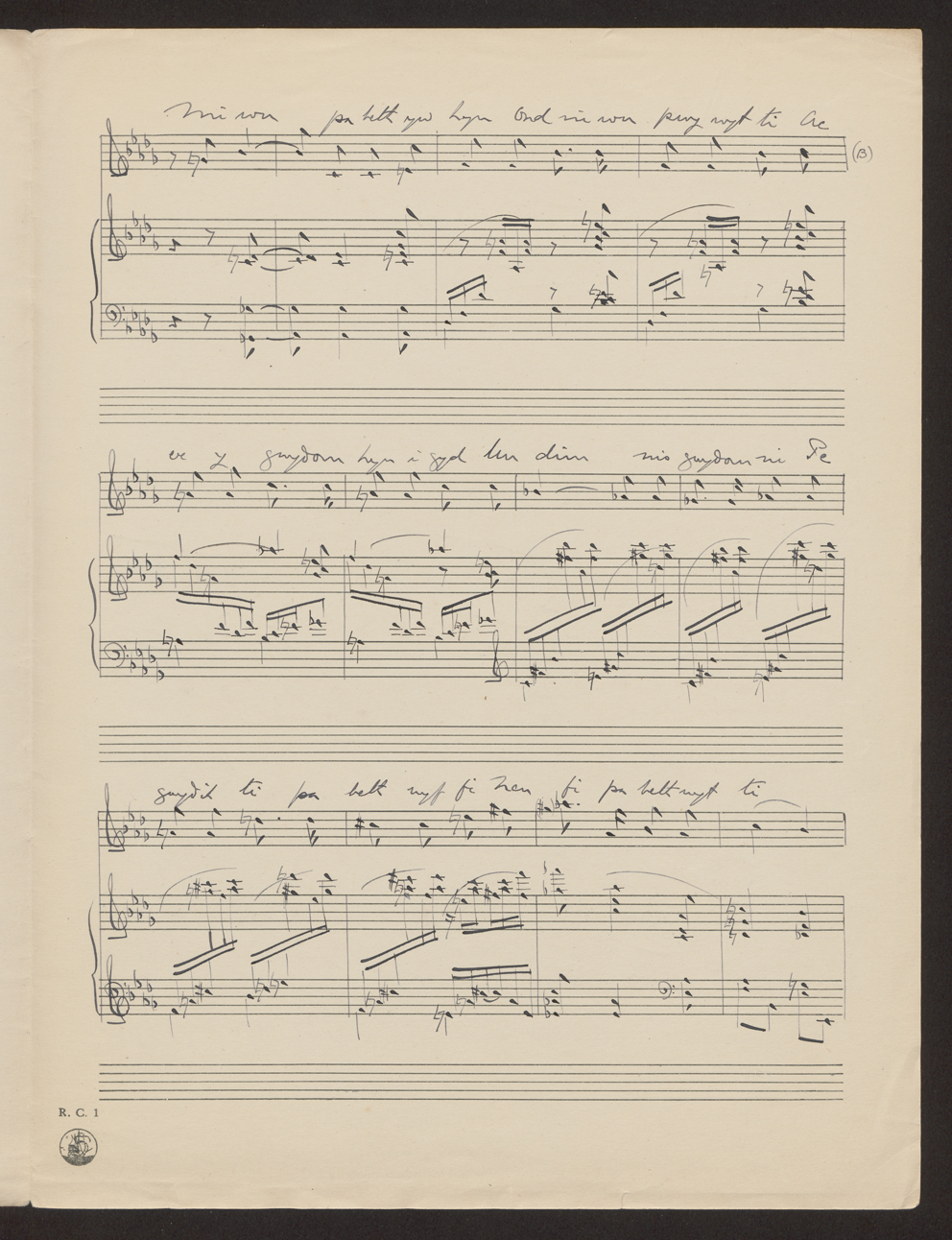 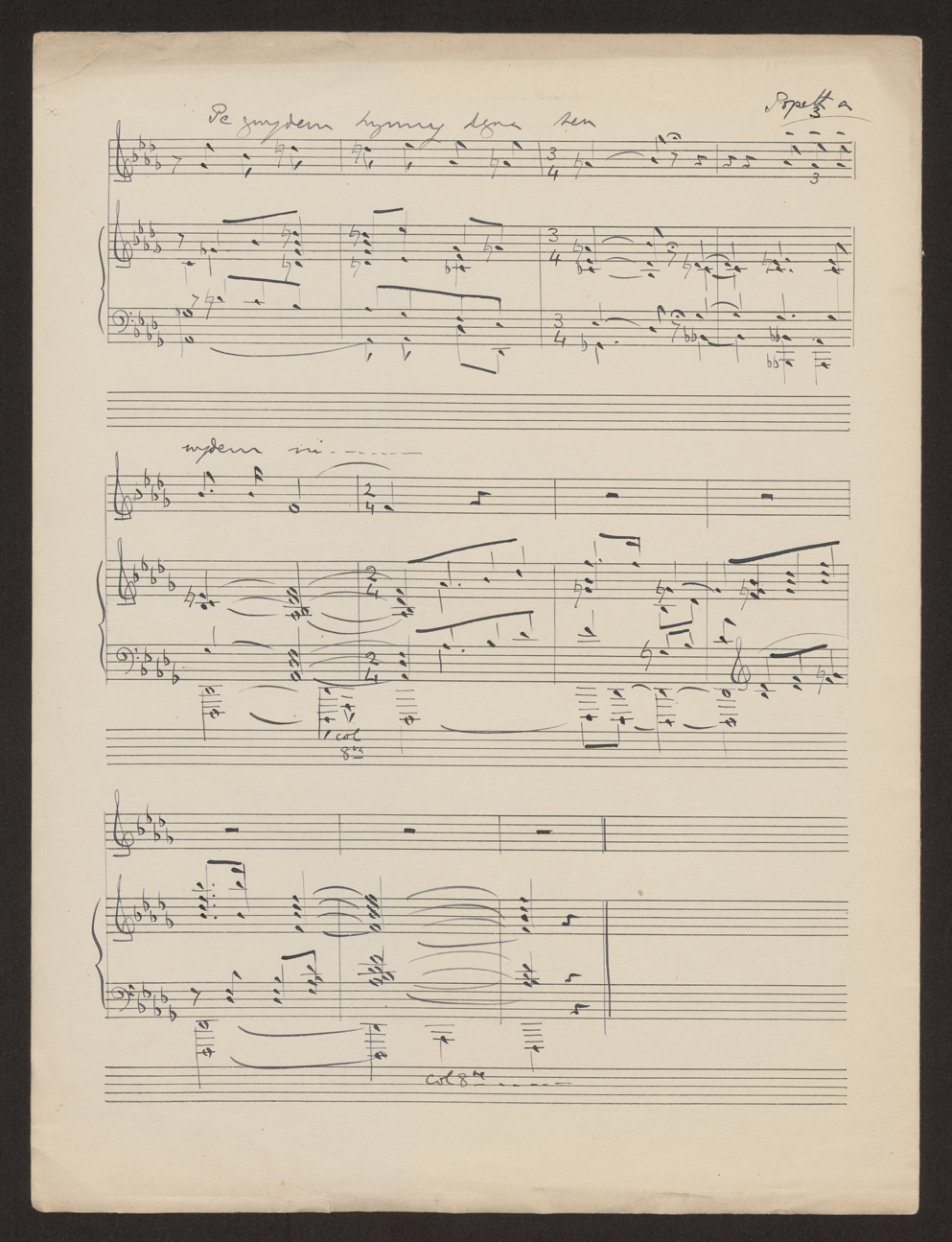 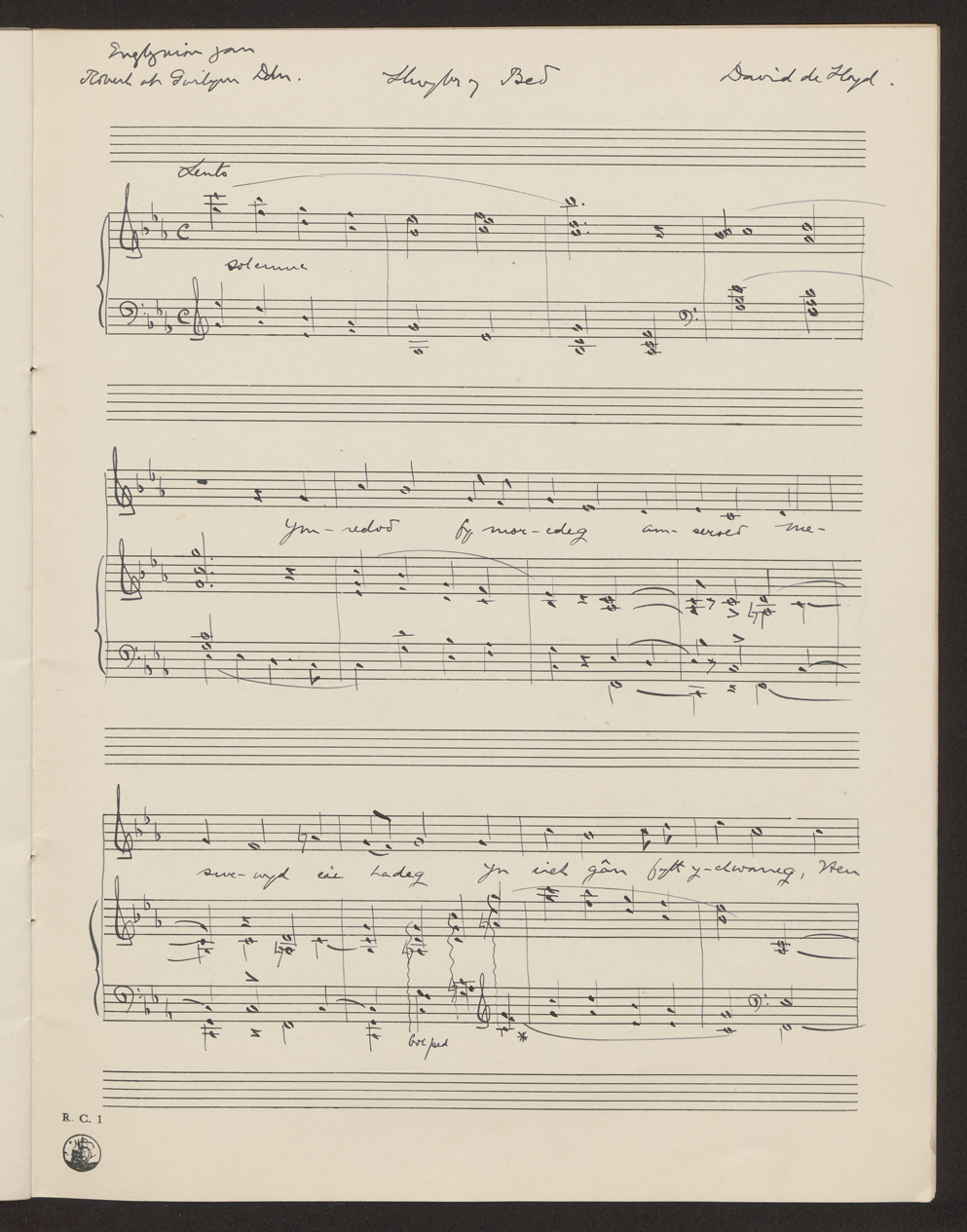 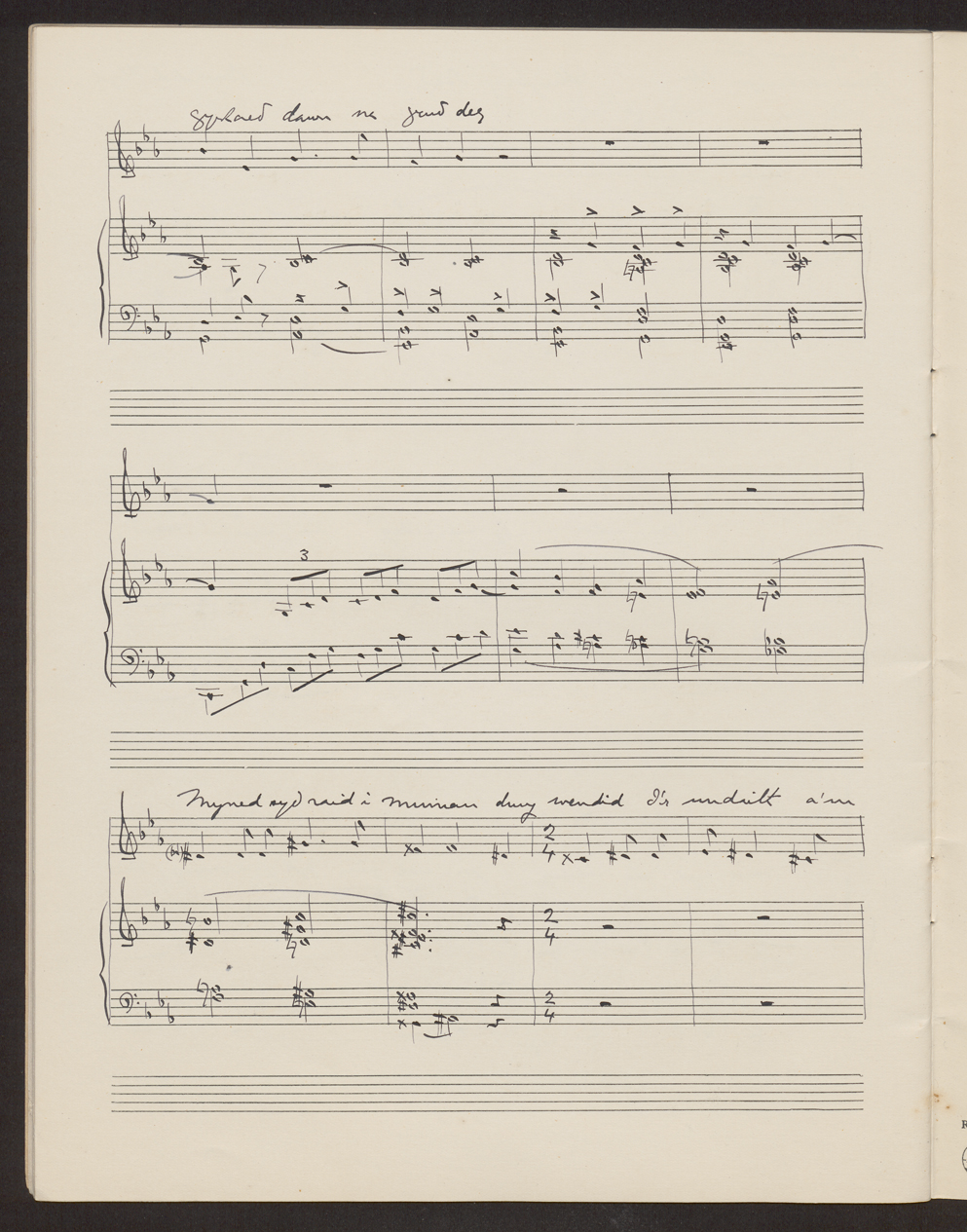 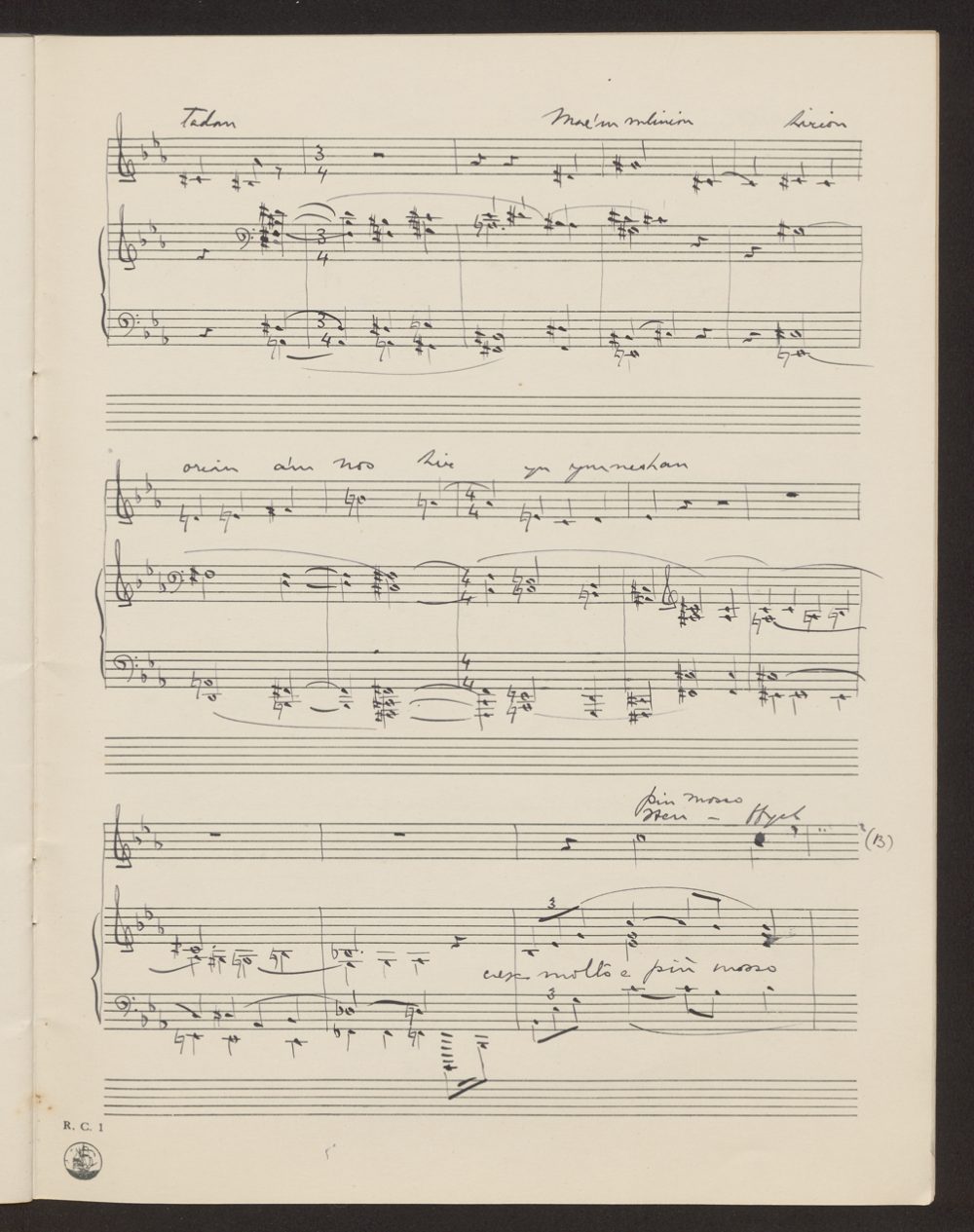 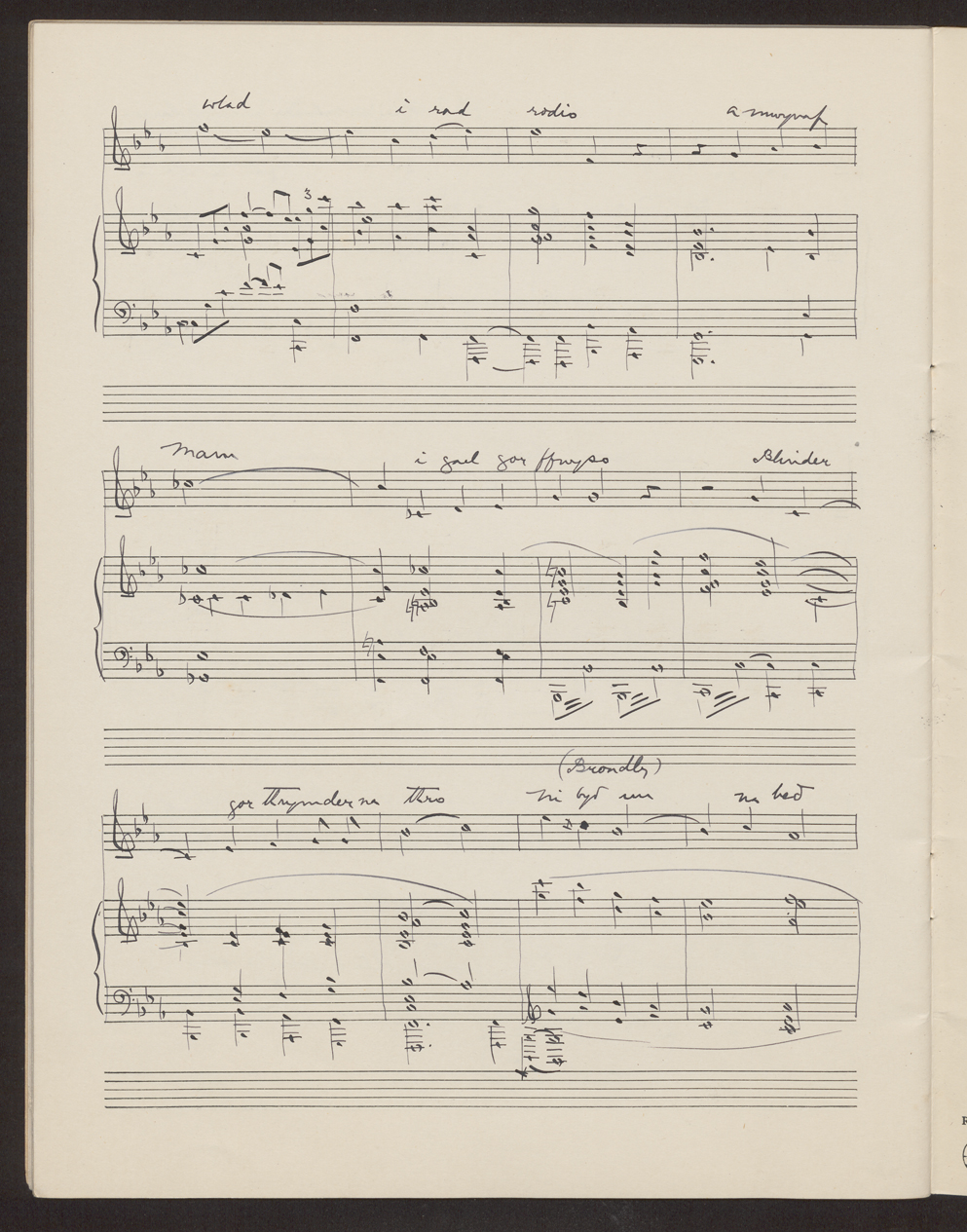 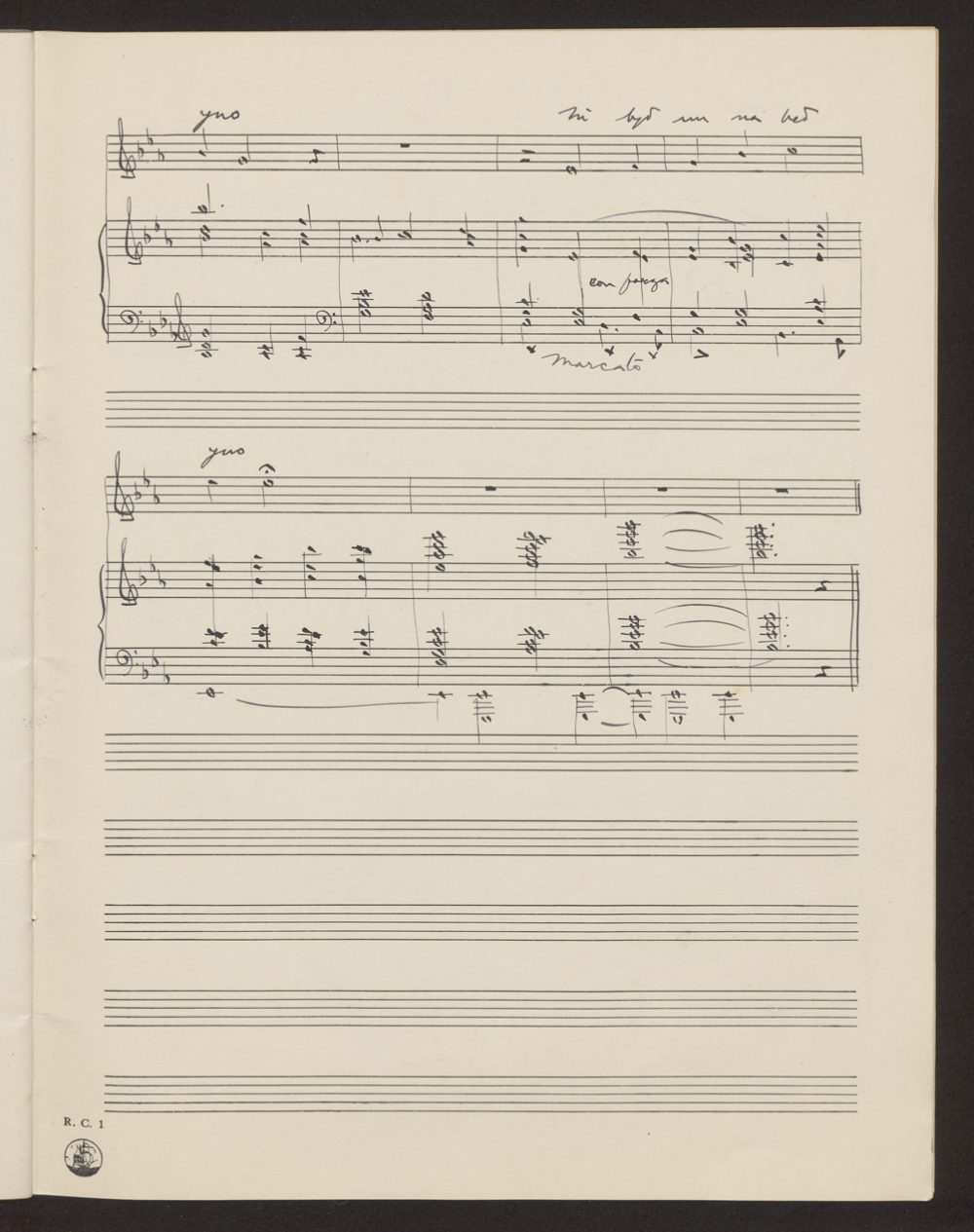 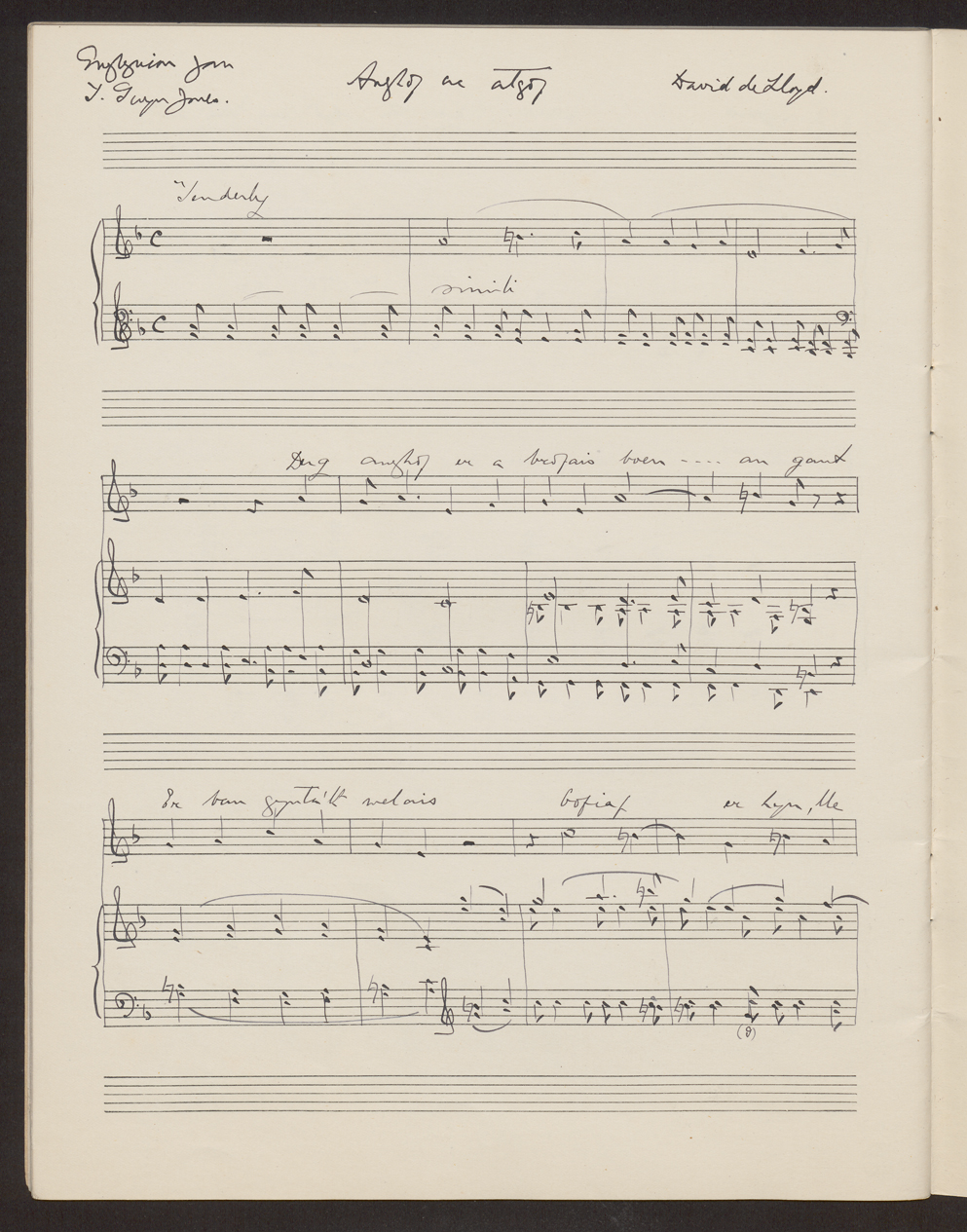 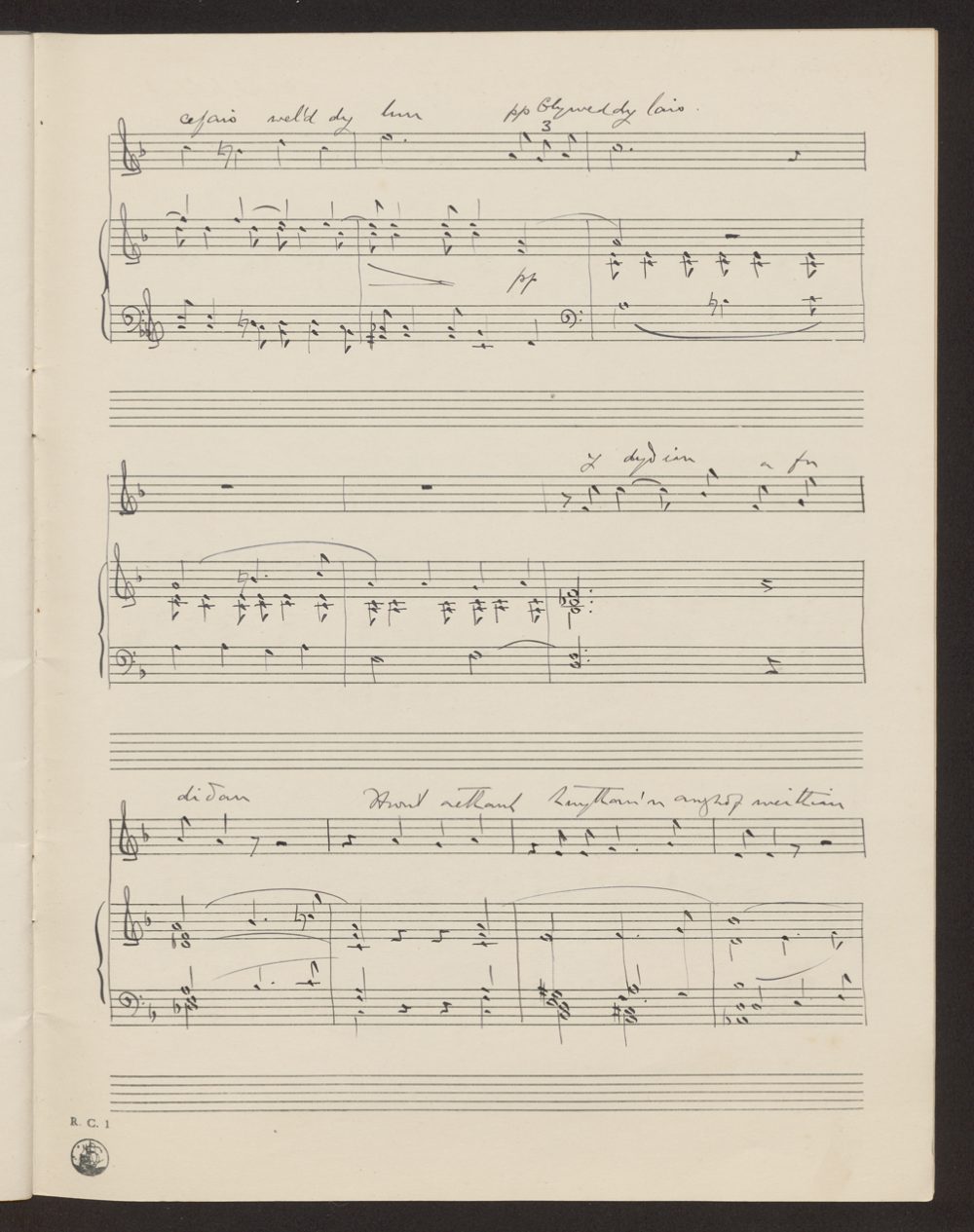 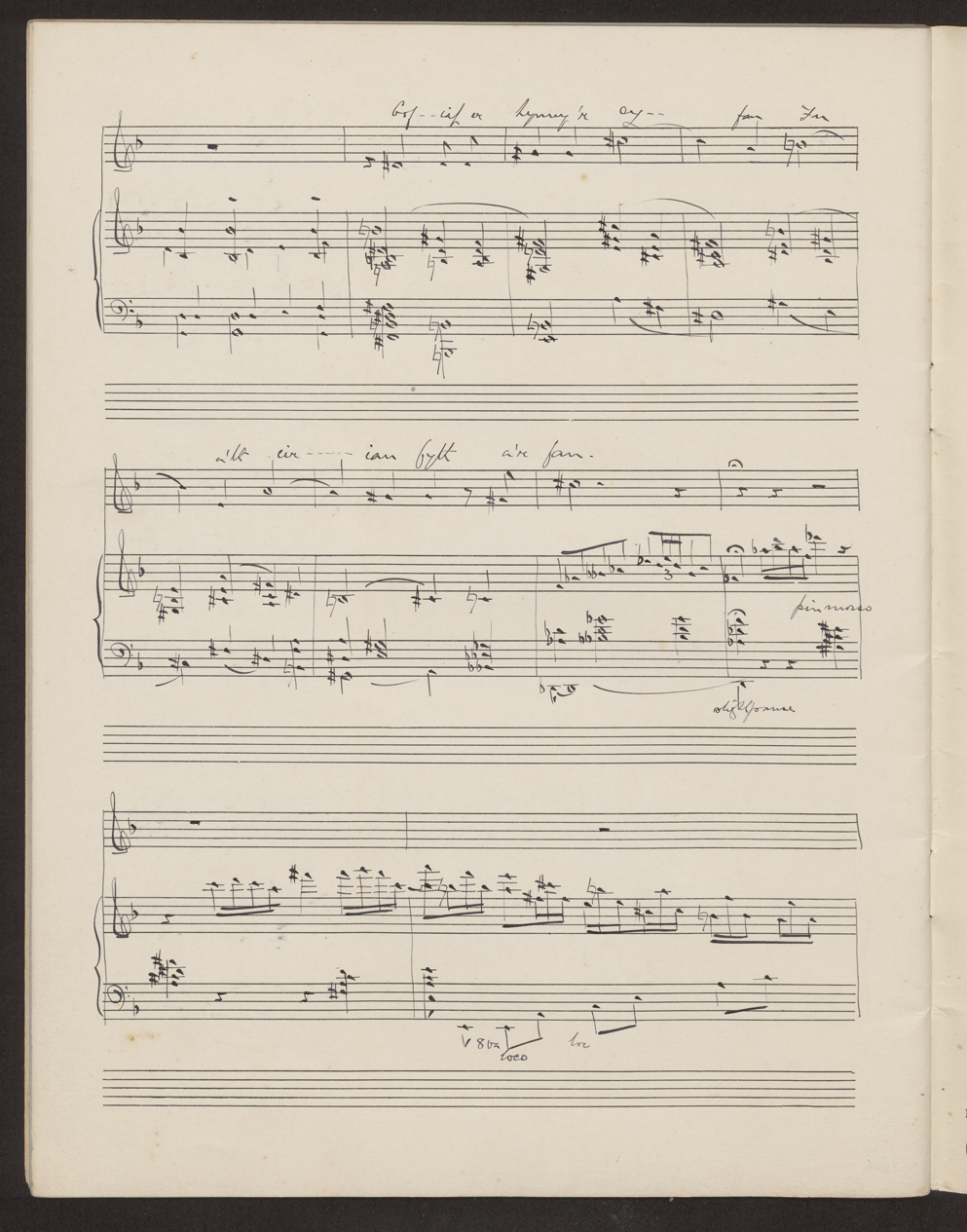 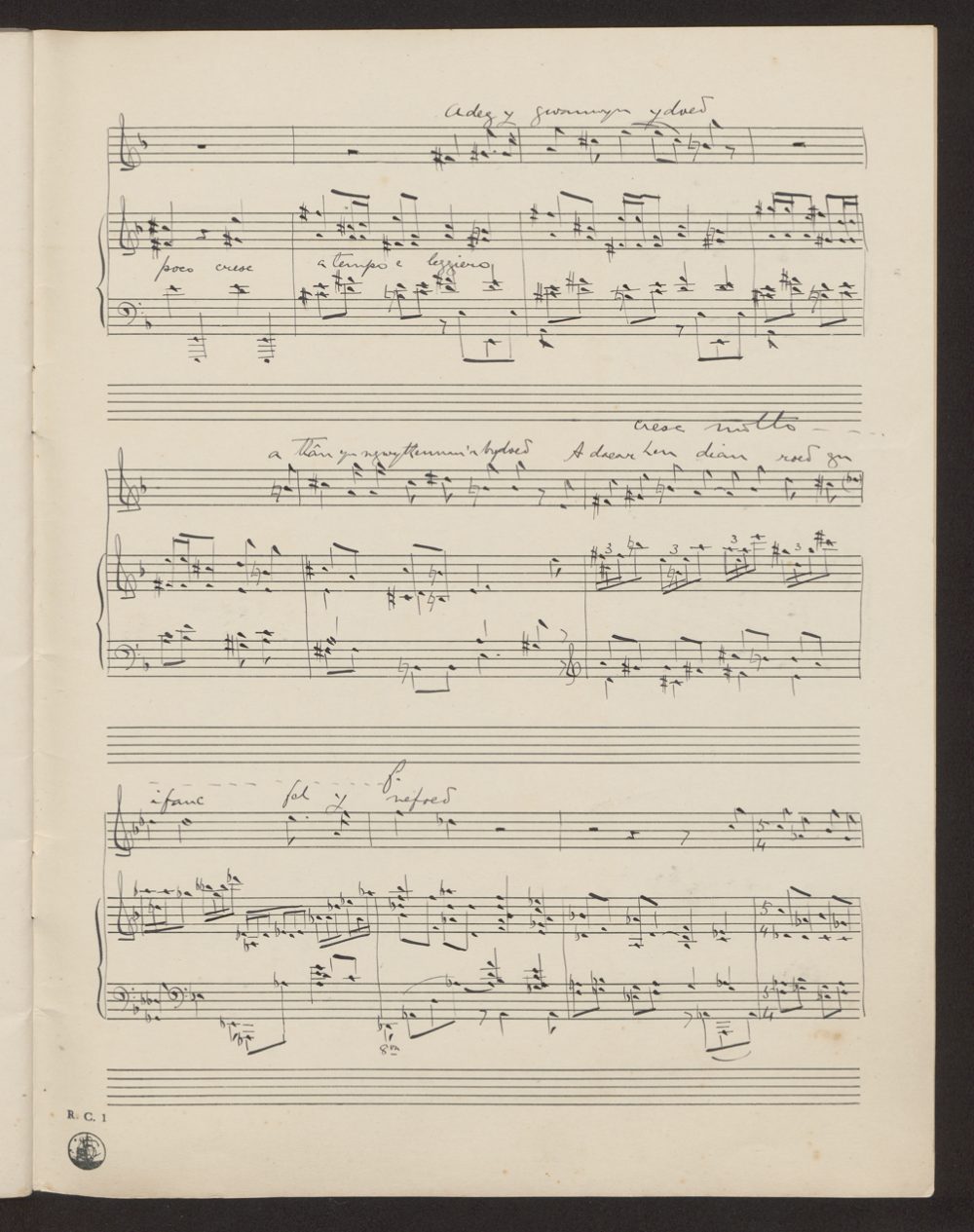 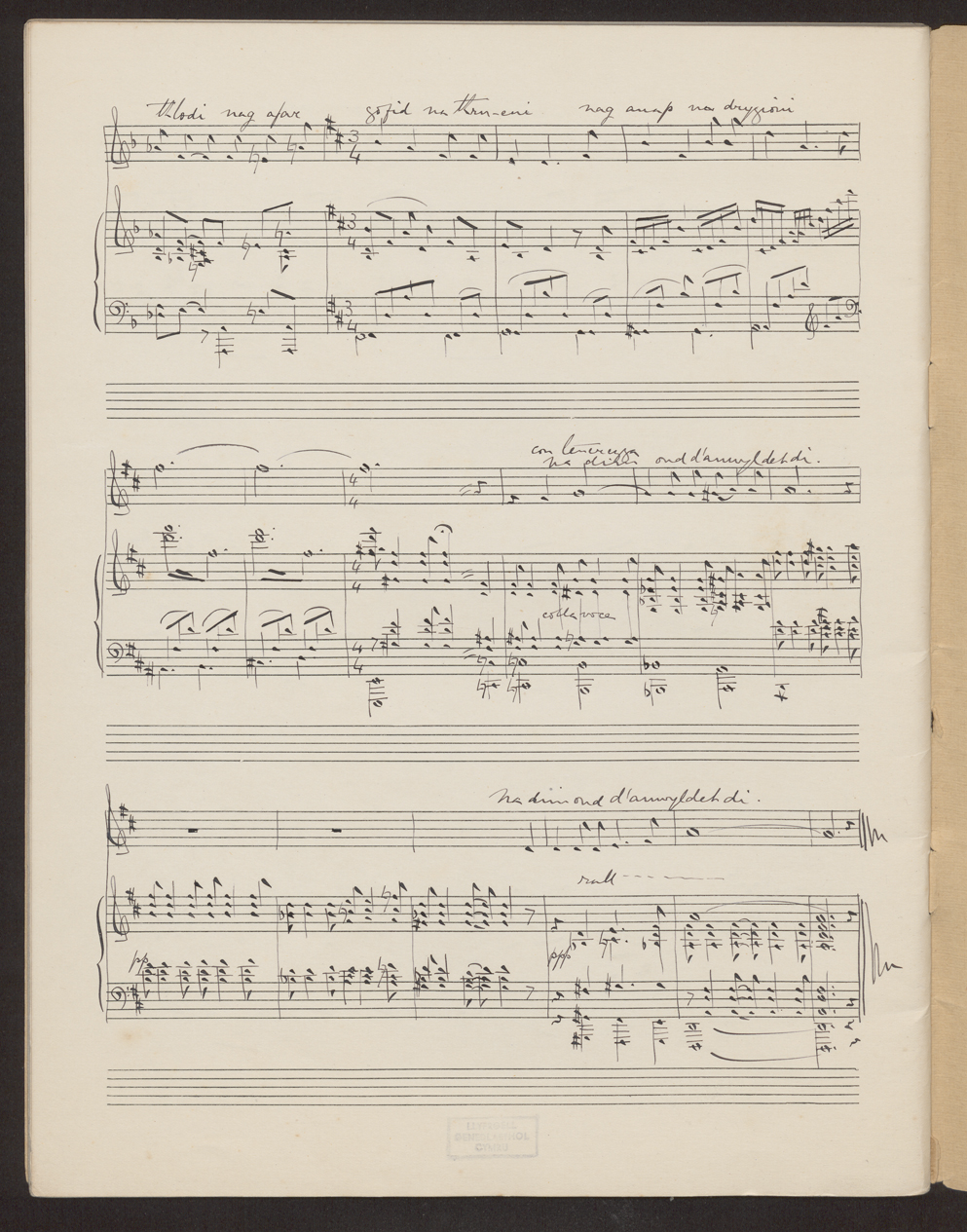 Tonic Sol-fa in its developed form was the brainchild of London minister and teacher, John Curwen, but had greater and longer lasting influence on Wales than virtually anywhere. Thanks to the enthusiasm of Eleazar Roberts (1825–1912) and Ieuan Gwyllt (1822–77), the new notation was introduced to Wales from around 1861, and singing classes were established in all parts of the country. The system became extremely popular in a short time, a popularity which coincided with the development of choral and congregational singing. By 1900 sales of sol-fa editions of choral works and hymnals in Wales would far exceed those of their counterparts in the staff notation.

The young David de Lloyd, like many of his contemporaries, mastered the elements of sol-fa in classes associated with chapels, where the system was widely used. John Spencer Curwen took him on a lecture tour in order to demonstrate the potential of the new notation not only for singing, but also for instrumental music. De Lloyd retained his interest in sol-fa, and his college students recalled that he would often elect to accompany from a sol-fa score rather than from staff notation. 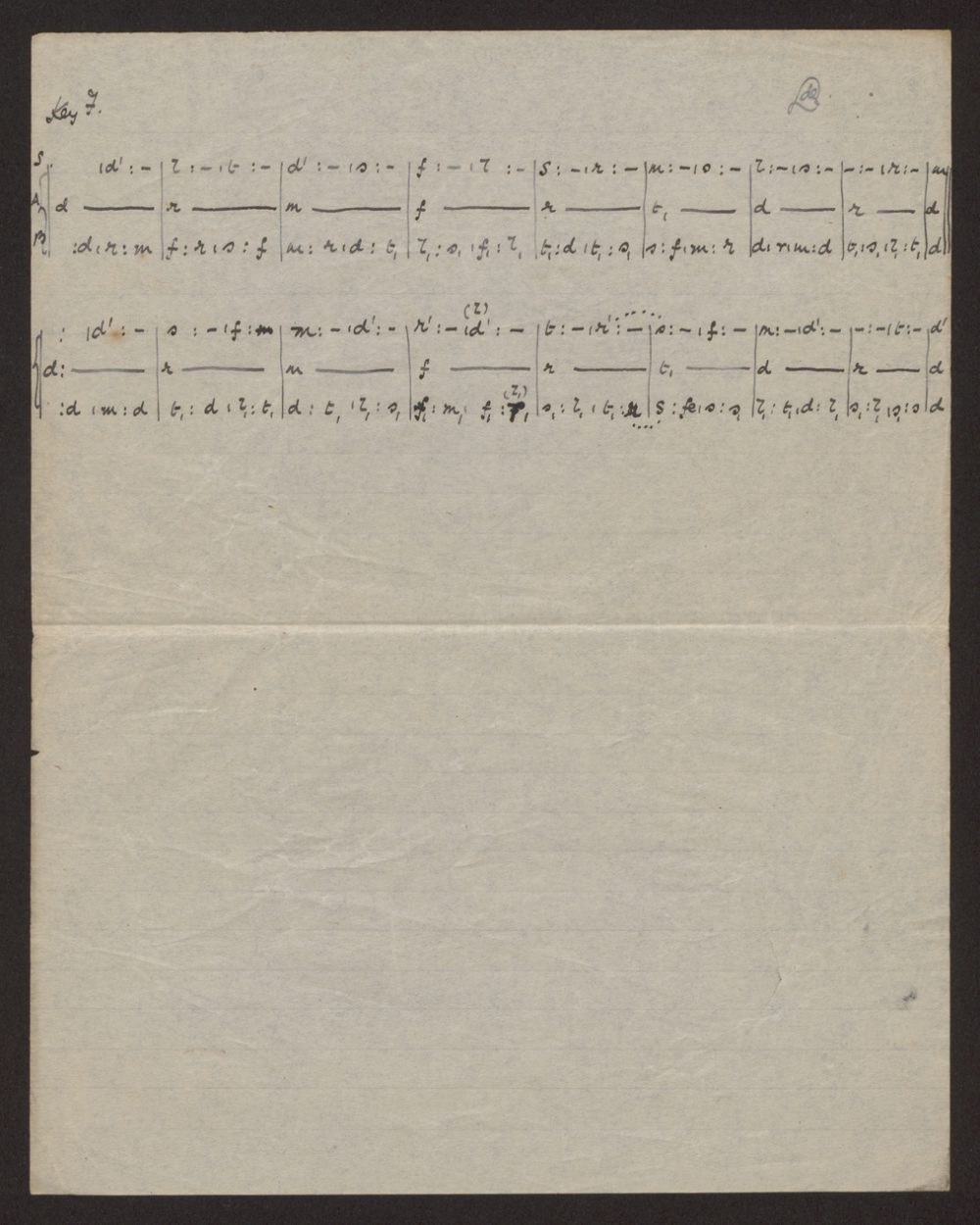