Established in Wrexham in 1824, by 1865 Hughes and Son had become one of the leading publishers of Welsh classical songs – both contemporary and traditional. They published many prize-winning songs from the National Eisteddfod, including works by Joseph Parry, R. S. Hughes and William Davies.

As well as publishing and typesetting their own music, they also bought the copyright to many pieces published by independent publishers of the time, and re-printed these as they were; that is, without corrections or amendments to errors in the words, poetic attribution, and notation. Tŷ Cerdd now produces new editions of pieces from the Hughes and Son catalogue, seeking to improve on the occasional errors and modernise the notation to best enable contemporary performance. 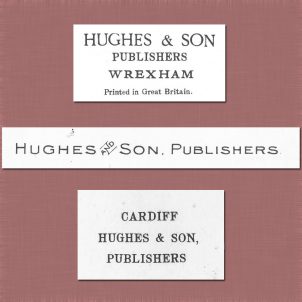 A very prominent composer of Welsh song toward the end of the 19th Century, Richard Samuel Hughes was firstly a pianist – he won first prize in an Eisteddfod competition when just ten years old despite two of his fingers having been bandaged together after being bitten by a monkey the previous day. He composed his first song, Wyt ti’n cofio’r lloer yn codi? at the age of just eighteen, which was then one of Hughes and Son’s first song publications. From this he was on from success to success, with accolades for Y Dymestl at the National Eisteddfod, 1880 as well as Arafa Don which also won plaudits at the same event. Elen Fwyn can be heard here sung by David Lloyd with accompaniment by Meirion Williams.

He is described by David Jenkins, who wrote an obituary for him in Y Cerddor as having “enriched the music of our country more than [anyone] in the past quarter century; truly, he is our “Welsh Schubert”.*

Evan Thomas Davies was a composer who was musically well-connected in Wales: he was a descendant of the song-writer/composer R. S. Hughes on his mother’s side; and he had a close association with Harry Evans, his tutor, throughout his life. In fact, he eventually settled down in Merthyr Tydfil very near the house where his former mentor had lived. (Harry Evans’s famous arrangements of Ar Hyd y Nos for SATB and TTBB have also just been re-published by Tŷ Cerdd).

As well as his work as a composer, he was also an in-demand organist, inaugurating over a hundred new organs across the UK and became the first full-time director of music at what is now Bangor University.

One of his pieces, Ynys y Plant was the Prize Song of the Royal National Eisteddfod of Wales, London in 1909 – this was a favourite of the soprano, Amy Evans, and is heard regularly on the Eisteddfod stage to this day. He also co-edited The National Songs of Wales with Sydney Northcote – another respected composer, adjudicator and organist – for Boosey & Hawkes in 1959. 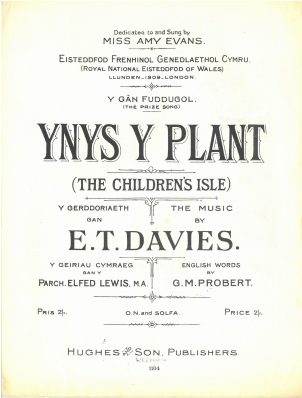 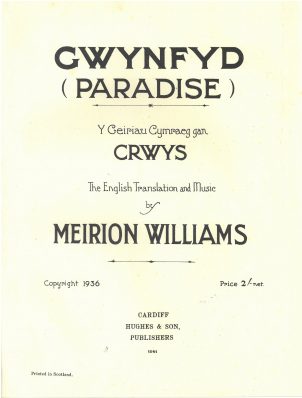 Meirion Williams possessed a musical talent from a young age – he was profiecent at the piano and organ, and also sang – eventually garnering the attention of Walford Davies who admitted him to study at Aberystwyth University despite not yet having attained his school certificate. His extremely well-written and virtuosic accompaniments for the songs he composed convey a confidence in writing for the piano – he studied at the Royal Academy of Music and won their prize for solo piano performance. He accompanied the Tenor, David Lloyd in 1948 – some of those recordings can be heard [see R. S. Hughes above] on the CD from Sain Records, including Elen Fwyn and Arafa Don.

All of these songs have been recorded by Bryn Terfel on this CD available to listen to here on Spotify: